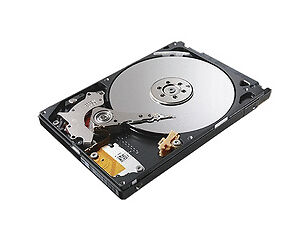 How to Purchase the Right Internal 1TB Laptop Hard Drive

If you are in the market for a new laptop hard drive, then a 1TB laptop hard drive will provide plenty of storage space for programs, files, games, and multimedia. eBay offers a wide selection of internal and external storage solutions.

How do you choose the right hard drive?

Apart from storage capacity, you can judge a hard drive by the following specs:

How does the hard drive connect to the computer?

The bus interface is the connection point between the motherboard and hard drive. The most common commercial interface is SATA, which stands for Serial AT Attachment. There are three different versions of SATA. Each version offers higher transfer speeds, but they are otherwise compatible with each other. SATA features hot-swapping and native command queuing. Command Queuing allows the drive to optimize the execution of read and write orders.

Legacy computers from 2003 or earlier are likely to have the PATA, or Parallel AT Attachment, interface. If you are operating an enterprise-level computer, then you may be using the SAS interface, which can generally achieve high transfer speeds. Check the bus interface on your computer first. They are generally not compatible without the use of an adapter.

How large is a laptop hard drive?

A 2.5-inch drive is the most common form factor for a laptop. Make sure that the hard drive you purchase conforms to this size. See the manufacturer site for details.