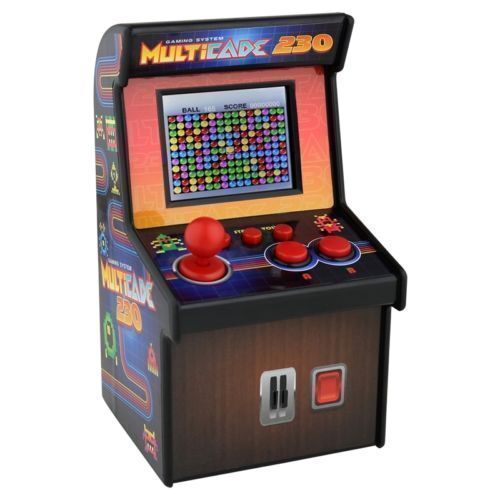 Beginning in the 1960s, coin-operated machines began to appear in earnest at arcades, bars, and other public establishments. Over the years, a variety of fun classic arcade games were designed to provide entertainment for customers willing to pay a quarter per play. Today, you can find many refurbished and inexpensive collectible video arcade machines on eBay that can offer challenging gameplay.

What type of classic arcade games are available for purchase?

Many different styles of machines were created in the first three decades of the arcade machine industry. Companies such as Atari, Midway, Namco, and Sega produced games that offered a variety of interactions and rewards. The major coin-operated "Classic Games" can be described as the following:

How many cabinets were electronic arcade games available in?

Arcade manufacturers developed a variety of cabinet body styles during the "Golden Age" of electronic arcade games, including:

What cabinet design styles were Pac-Man arcade games produced in?

Midway Games released Pac-Man in the North American market in October of 1980 in an upright cabinet. This game became one of the most popular arcade hits of all-time and was eventually released in most designs. Cabinet styles include the upright, table, bartop, and the mini cabinet.