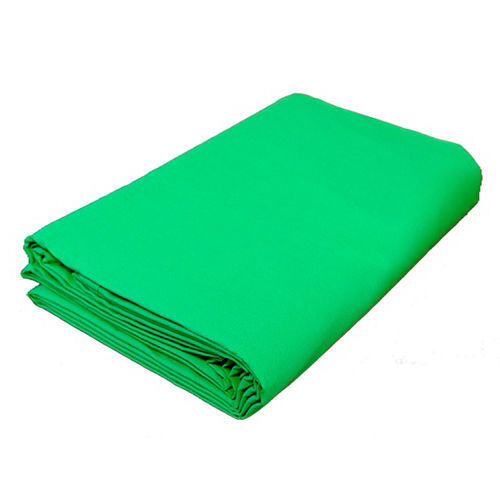 Major motion picture, television, and photography industry professionals all employ the use of chroma key compositing, which is also known as green screening. This process merges two images, filmed separately in post-production. It allows scenes shot in a newsroom or soundstage to merge with those shot in the field or on location.

Why is it called a green screen?

The most commonly used studio backdrop is a seamless solid green background, with a blue screen also frequently in use. Technically, any color can provide the backdrop. However, professional in these industries seem to favor green or blue most often because these colors do not appear naturally in human skin. Other screens used come in magenta and yellow. However, special effects teams avoid using red, which is a color prevalent in Caucasian skin tones.

How does chroma keying work?

In chroma key compositing, an editor layers two images or videos down during post-production based on their chroma range, also known as color hues. They achieve this by making a foreground footage color range transparent. This lets the photographer film a separate background shot, either motion or static, for insertion during editing. The costumes, clothing, and props in the foreground must not contain the green screen color or those items will also be replaced by the background image when the editor merges the layer. Other names for this technique include color keying and color-separation overlay.

What equipment do you need?

Software manufacturers release most green screen programs for both major computer operating systems. You can save space by selecting a collapsible stand or install hooks in the wall from which to hang the backdrops. There are several items of equipment you need to implement Chroma key editing in your photography or video studio:

From what fabrics are chroma key backgrounds made?

Manufacturers commonly craft these items from muslin, polyester or vinyl, which work well with studio lighting. They feature a foam backing.

What are some major motion pictures that used this technology?

During the 1920s, animator Walt Disney merged human actors scenes with cartoon characters using a white background in the Alice Comedies. Modern films using the technique include the Spider-Man movies and "Who Framed Roger Rabbit?" Invented in 1898, its first major motion picture use was "The Great Train Robbery," a 1903 Edwin S. Porter film. In 1918, Frank Williams patented the portable matte background.