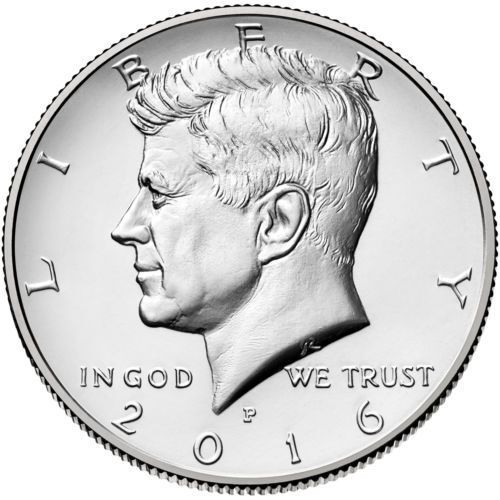 The United States Mint started making Kennedy half dollars in 1964 following the assassination of President John F. Kennedy in 1963. The original obverse was designed by U.S. Mint Chief Sculptor-Engraver Gilroy Roberts and shows a portrait of the president facing to the right while its reverse shows the Great Seal of the President by Sculptor-Engraver Frank Gasparro. If you are thinking of starting a collection of Kennedy half dollars, then you may have many questions.

What are Kennedy half dollars made of?

The original Kennedy half dollar was made of .900 fine silver. In 1965, the government made half dollars of .400 fine silver, and they continued to be made of this material until 1971 when the United States Mint changed to making them of a copper-nickel composition. As a result, the silver coins are now highly sought after by collectors.

What are some unusual Kennedy half dollars?

The first unusual Kennedy half dollar was minted of .900 silver in 1964. This half dollar shows accents in the presidents hair above his ear on the front while the reverse shows a truncated lower left serif I in LIBERTY, no horizontal serif in the designers initials, and breaks in the lines between the eagle or scrolls and the rays. These coins were minted only in proof coins. There are other Kennedy half dollars that are highly coveted, including:

What are Kennedy Bicentennial half dollars?

The Kennedy Bicentennial half dollar was minted in 1976, and it has remained the only one to show two dates on its front. It also shows the portrait of Kennedy on its front while the reverse shows Philadelphias Independence Hall. Among the most unique of these coins, some coins were accidentally turned after their reverse was struck before the obverse was struck. The front has two partial Kennedy portraits while the back has two partial renderings of Independence Hall.