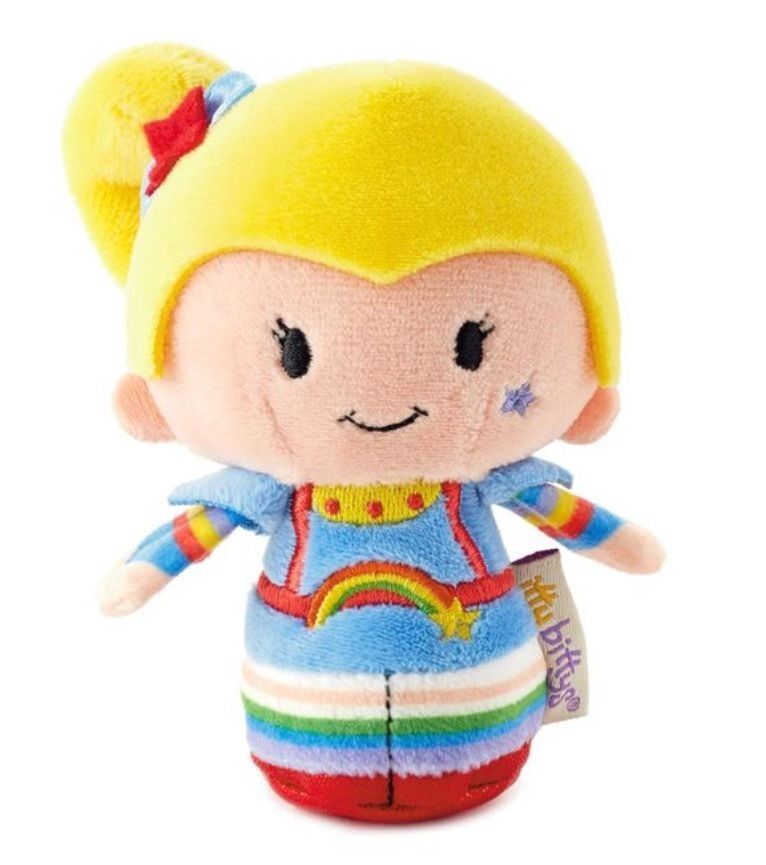 Rainbow Brite was a cartoon show in the 1980s with the main character known for her sunny disposition, helpful friends, a signature star on her cheek, and brightly colored outfits. This character is commemorated with vintage Rainbow Brite dolls along with pet sprites and other merchandise and stuffed animals.

What Rainbow Brites were released from the original series?

In the mid to late 1980s, Mattel released a large line of Rainbow Brite toys, plush, and dolls. The Rainbow Brite line included three large dolls, five medium dolls known as Emotions that were 15 inches tall, 12 small dolls that were 10 inches tall, nine animals, and 50 sprites. Mattel also released several Rainbow Brite plush horses, puppies, and a Rainbow Brite carrying case that also serves as the Color Cottage. Plastic furniture and a pillow and bed set for the cottage were also available for purchase. The smaller Rainbow doll collection by Mattel includes these characters along with their sprites.

What other generations of Rainbow Brite toys are there?

In addition to the first generation, other waves of Rainbow Brite Merchandise included

How do you care for and clean Rainbow Brite dolls?

Since Rainbow Brite plush, dolls, and other merchandise are vintage items, extra care should be given when cleaning and storing them.

Content provided for informational purposes only. eBay is not affiliated with or endorsed by Mattel.