eBay has provided more information about this product above and is not affiliated with or endorsed by Samsung. 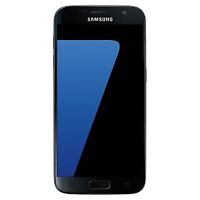 Average Ratings of all

Average Ratings of all 4.64303 average ratings