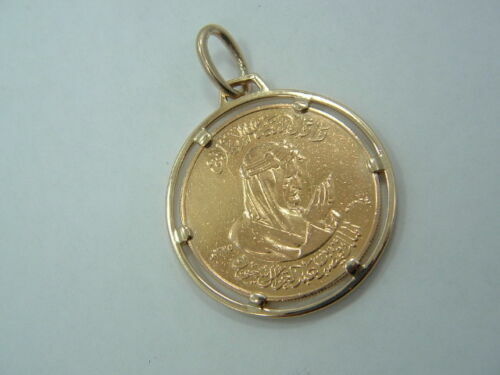 One of the more interesting options for coin collectors is Saudi gold coins. While Saudi Arabia is famous for its wealth, most of that wealth is in the form of oil, not gold. Like the United Arab Emirates, Saudi Arabia originally formed from the unification of smaller states: In this case, it was the union of Nejd, Al Hasa, Hejaz, and Asir in the year 1932. While the Kingdom does have its own mint, it has no significant gold reserves. While many Arab countries such as the United Arab Emirates use the dirham, the basic unit of Saudi Arabian currency is the Riyal, which is commonly abbreviated SAR.

Whats the Difference Between Bullion and Numismatic Value?

Even though the Saudi mint only struck one coin in gold, there are actually two such coins associated with Saudi Arabia:

Prior to the formation of Saudi Arabia the riyal was the currency of the Kingdom of Hejaz, with a smaller unit known as the ghirsh, or qirsh. The ghirsh phased out as a unit of currency in 1963. The Saudi Riyal divides into 100 halalas, which serve the same function as cents in other countries. Halala coins come in 50, 25, 10, and 5 halala denominations. The Saudi Arabian Monetary agency is phasing out small denomination notes in favor of copper-nickel riyal coins. These replace the earlier silver riyals such as those minted between 1935 and 1954.