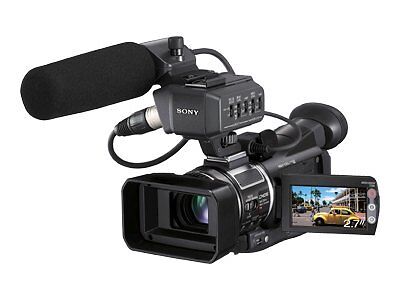 Holding the Picture in Your Hand

One of the most important features of any camcorder is portability. The smaller it is, the easier it is to carry and the more likely you are to have it when you want it.

Whats the Difference Between MiniDV and Digital8?

Both Mini DV and Digital8 are digital videotape formats found in a wide range of digital camcorders. Both formats offer similar base quality, recording at approximately 500 lines and using PCM audio. Despite this there were a number of differences between the two formats.

What Should You Look for in a Camera?

When looking for an HDV camcorder there are a number of features that can make your video experience more satisfying. These range from video quality to lens type and even recording modes. Consider two HDV camcorder models from Sony, the HDR-FX1 and the HVR-V1U:

Anyone looking for a Sony HDV camcorder should pay attention to a number of features in addition to resolution and optical zoom. Battery life always matters as that determines how much time you spend in recording mode instead of sitting on the charger. Low-light capability is always good, as is the ability to set the white balance manually. Some camcorders even feature touchscreen controls, and many can act as a digital still camera and take pictures that store on a Memory Stick. Its all about understanding what you want so you can find the camcorder that meets your individual requirements. Taking videos from nature may require more zoom, while a wider angle may be better for capturing more of the family at a shorter distance.